CHALLENGING CONTRACT TO STOP HOUSES FROM SHIFTING TOWARDS SINKHOLE 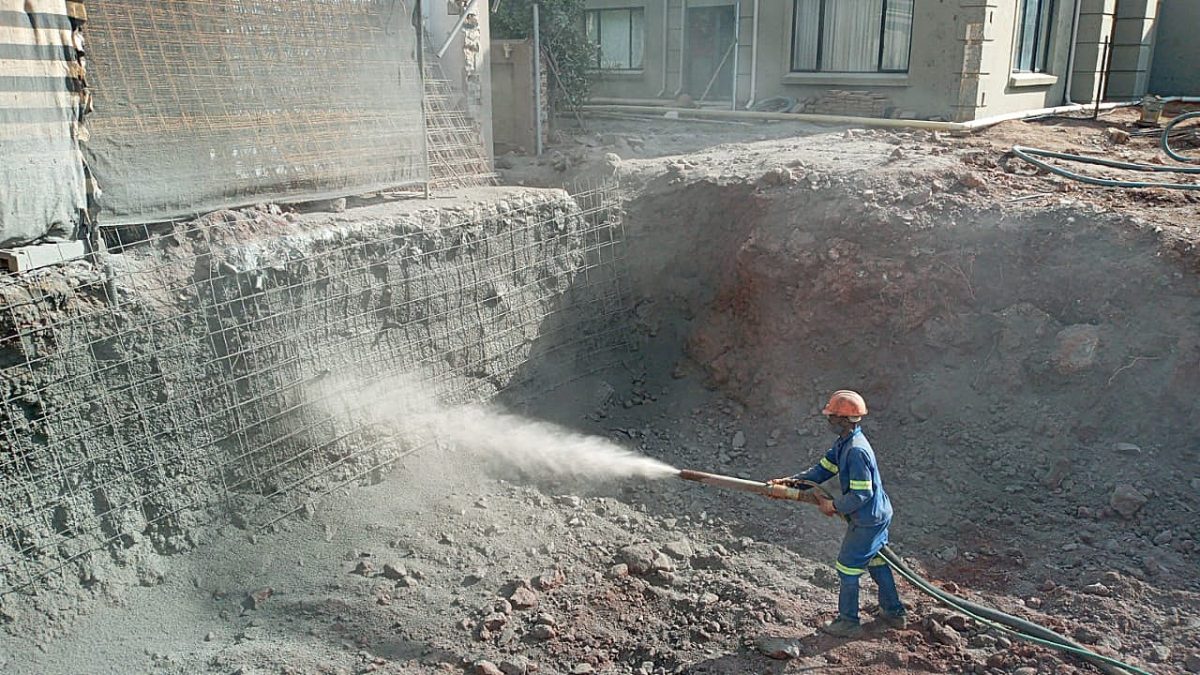 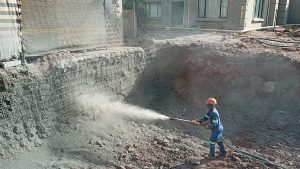 Gunite, a mixture of cement, sand, and water, being applied to the sinkhole walls by pressure hose.

Leading foundation specialists, Gauteng Piling, proved its versatility by successfully completing an unusual and challenging project to stabilise a massive, gaping sinkhole near residences in Irene, Centurion. The 6.5m deep sinkhole – 25m wide and 45m long – was formed about five years ago and filling it up posed a threat to the houses nearby.

Gauteng Piling is this year celebrating its 25 th anniversary. The Johannesburg company, founded in 1996 by its MD, building industry veteran Nico Maas, was appointed by the sinkhole repair main contractor, AST Africa Trading 465CC, to provide lateral support for the unstable walls of the sinkhole to prevent the movement of the foundations of two adjacent houses in the upmarket Irene Farm Villages complex in central Irene.

“The one residence was about 5m from the sinkhole and the other, just 2m away. In general, excavations deeper than 1,5m always need to be secured to prevent the collapse of the walls- and this sinkhole walls were more than four times deeper,” says Keoatlaretse Tema, contracts manager for Gauteng Piling, who was in charge of the project. 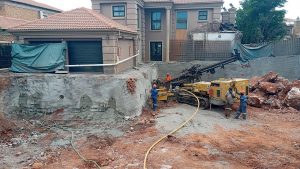 Drilling of soil nails into the sinkhole walls with Gauteng Piling’s special rig. Note the large rocks on the left in the background.

Tema says a Casagrande C6 Crawler drilling rig suitable for drilling micro piles, soil nails and anchors, was brought to site by Gauteng Piling. The specialised and extremely versatile rig’s capacity to drill vertically, horizontally and at angles was vital for this project.

“To provide the lateral support for the sinkhole walls, we had to install 40 micro piles, placed to a depth of 6m. Micro piles are small diameter drilled and grouted friction steel piles that are bonded into the bearing soil or rock with gunite, a mixture of cement, sand, and water applied through a pressure hose to produce a dense hard layer of concrete,” she explained.

Among the challenges of the contract was the exceptional – and unexpected – hardness of the dolomite rock which delayed drilling progress. It then also proved difficult to install the micro piles as the drilled holes were collapsing as soon as the drill bit was extracted. This problem was overcome by the use of self-drilling anchors.

“Self-drilling anchor rods have sacrificial drill bits, with hollow steel bars of the appropriate outer and inner diameter and coupling nuts. Their design provides consistent grout cover around the hollow steel bar and ensures that the bar remains in the centre of the drilled hole. 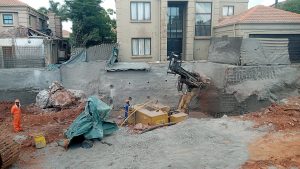 “After we had completed the required lateral support to the walls of the sinkhole, the main contractors filled it with dump rock and pumped concrete,” Tema adds.

Nico Maas, MD of Gauteng Piling, says the successful completion of this unusual and formidable contract highlights the value of experience when it comes to providing foundations and site stabilisation.

“Gauteng Piling has in the past 25 years handled such a diverse array of projects that we now can confidently tackle just about any foundation assignment. We have gained the trust of the industry and the volume of contracts secured after the early severe lockdown last year testifies to this. The market is now not taking chances and cutting corners. Work allocation during the pandemic is
centred on professionalism,” Maas observed.

Among recent projects handled by Gauteng Piling are:

STAGNANT WEBSITES ARE WEAPONS OF SELF-DESTRUCTION 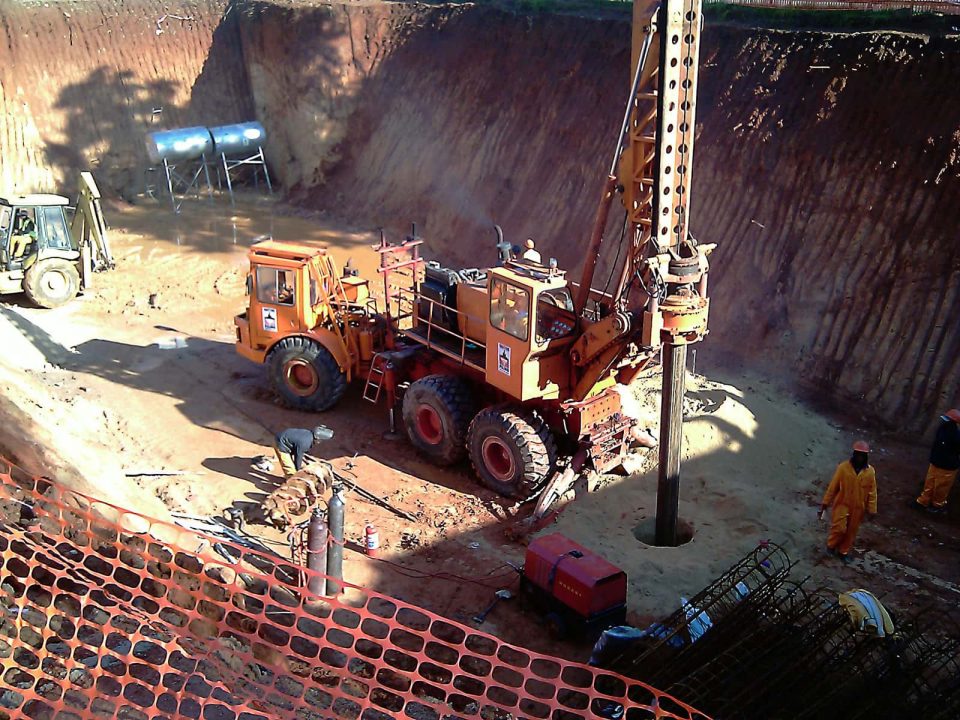 GAUTENG PILING BACK IN ACTION AFTER LOCKDOWN